Nick Hannes studied photography at the Royal Academy of Fine Arts (KASK) in Ghent. In recent years he has devoted himself entirely to his personal artistic practice. His work is documentary and socially critical and has a strong socio-political slant. Using humour, irony and visual metaphors, he focuses on man's problematic relationship with his environment.

Besides freelance assignments for Knack, MO*, de Volkskrant and De Morgen, he realised his own documentary projects about the Kurds ("Forbidden People") and the asylum procedure in Belgium ("Wrong time, wrong place"). His book "Red Journey", a documentary about the 15 former Soviet republics, was exhibited at the FotoMuseum in Antwerp in 2009 and was awarded the Nikon Press Photo Award. Nick is represented by the photo agencies Reporters, Hollandse Hoogte and Cosmos. He is also a guest lecturer in documentary photography at the KASK in Ghent. 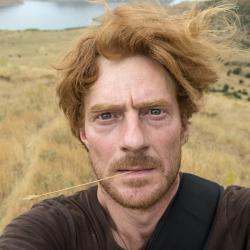