Since 1999, Trui Hanoulle has travelled several times overland on motorbikes from Belgium to India and beyond. With fellow traveller and writer-journalist Gaea Schoeters, she made the book 'Girls, Muslims & Motorbikes', republished in 2018, about a long motorbike journey through Turkey, Iran, Central Asia, Oman and Yemen. Their encounters along the way formed the basis of the book and led to other journeys in Eurasia.

She published reportages in De Standaard and De Morgen: "Queer tango in Istanbul" about queer activists in Turkey and the Middle East; "No room but a view", photos and video, story recorded by Gaea Schoeters; "and who are you?", (self) portraits of newcomers, also exhibited in De Krook, main library in Ghent; " #elektrogirl", a journey from Belgium to Istanbul and back on an electric motor.
She is a regular freelancer with photos and stories in motorcycle magazines at home and abroad, always with a focus on women she meets.
With a group of young newcomers, a Steiner class, and several artists, she realized the theatre performance "Shadow Train", as a graphic designer she specializes in books and photo books, and as a teacher for adults, young people from vocational education and newcomers, she puts a lot of effort in her knowledge as a photographer and graphic designer, and in her travel experiences.

As a motorcyclist, she is linked to various international women's motorcycle groups, forges deep friendships and writes about women's experiences in often difficult contexts. She lived in Armenia for a few months, crossed Iran on motorbikes several times in all directions, and continues to combine her long journeys with photographing and recording fascinating stories. 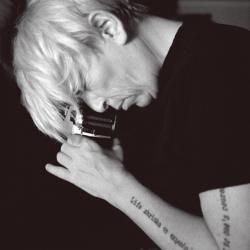 DHAKA - The women in the Bangladeshi capital Dhaka are fed up with it: they want to be able to go out on the streets without men bothering them. And so they organise their own transport through the impossibly chaotic, congested traffic: a motor-taxi with a woman at the wheel. Or they buy themselves a motorbike. First alone, as an exception, which provokes opposition and sometimes outright attacks. Now more and more numerous, they close ranks, form motorcycle clubs and lead demonstrations against violence against women. 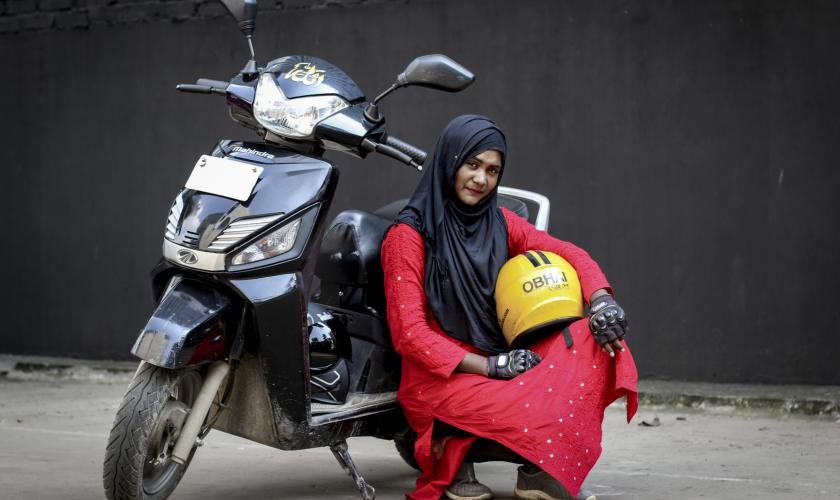