Franky Verdickt (°1971) graduated in 2007 as a Master in Photography with magna cum laude from the Institute for Higher Education of Visual Arts Sint Lukas Brussels.
In Verdickt's personal work, his photography is a journey to discover the ideal society, the utopia. The theatrical approach he takes emphasizes the potential for control over reality. His work shows, as in documentary photography, the real places and the real people; however, beneath this is an ironic criticism of the ideology and of the search for perfection. Verdickt's work can be interpreted as showing the human desire for perfection, and yet the impossibility of its existence, unless within the imagination.
He works as a freelance photographer for several magazines, making portraits and reportages.
Verdickt joined the Photolimits collective in July 2007.

The Kukes prefecture, in northern-east Albania near to the Kosovar border, which includes almost 120,000 people , of whom 75% are rural - is one of the poorest regions in Albania. 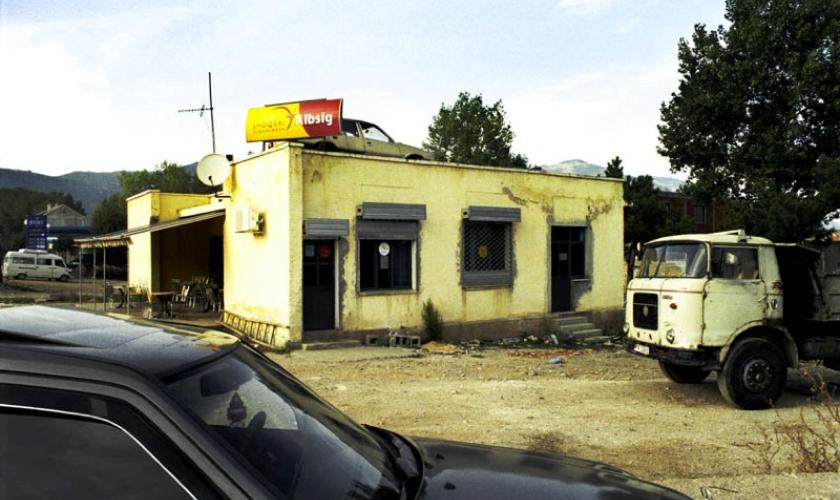